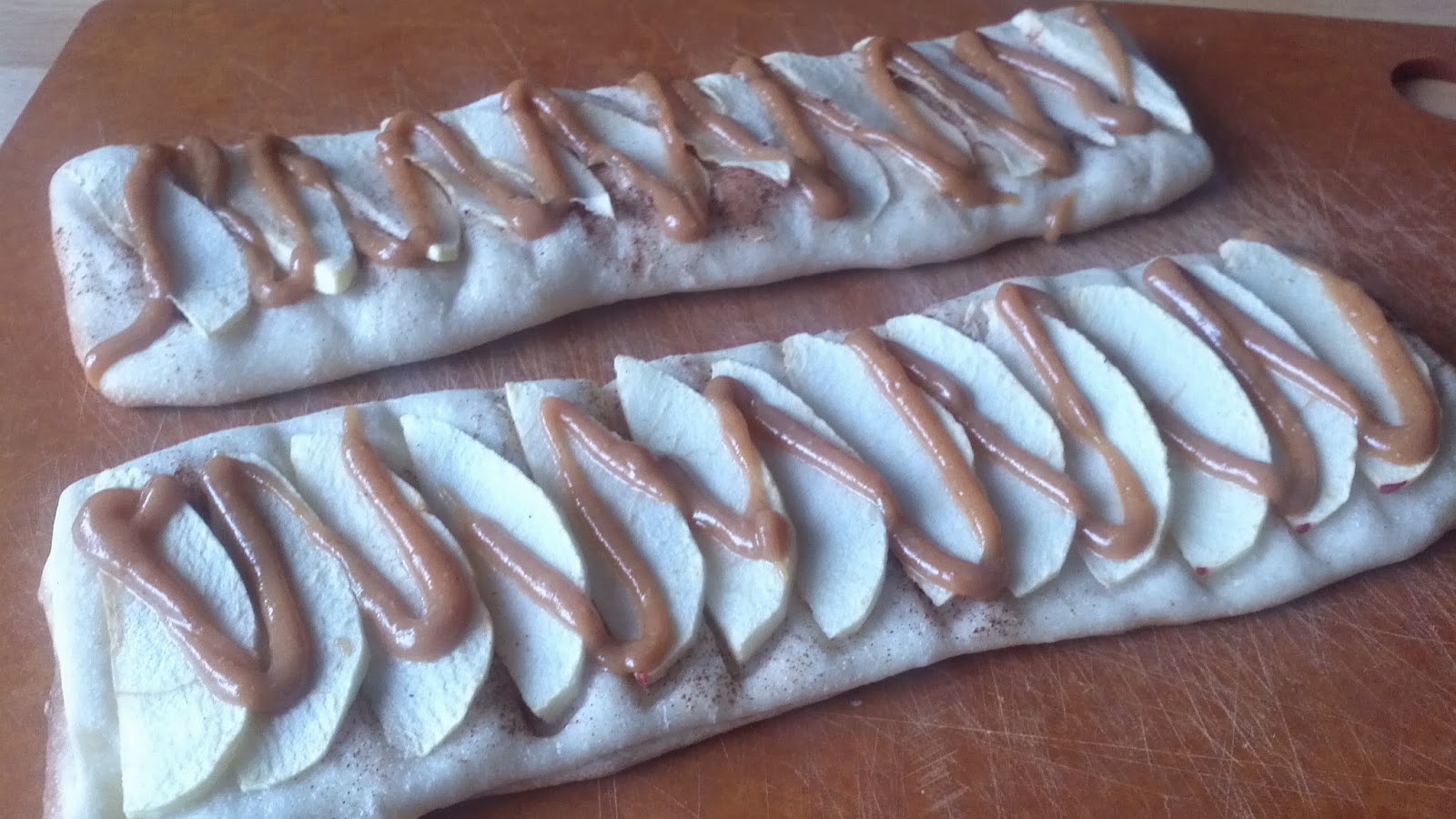 This weekend, I took a pizza dough out of the freezer, but when it thawed, I didn't feel like having pizza (odd, I know, pizza is one of my favourite foods!).  So I asked myself (and Google), "What else can I make with this pizza dough?" which led me to this Martha Stewart recipe.  I (roughly) followed the recipe, but decided to use maple syrup and peanut butter to sweeten it instead of brown sugar.  If you prefer to make pizza dough from scratch, see Lauren's recipe here.

Now, I suppose you could call this a tart like Martha did.  But as an Ottawan, I took one bite into this and knew it was more than that.  It was a (relatively) healthy Beavertail.  Confused?  Beavertails are  doughnut-like fried pastries topped with chocolate, fruit, etc., and are a staple in Canadian tourist cities.

Divide raw pizza dough into four equal pieces.  Spray a large baking sheet with canola spray and place one piece of dough onto pan to use as work surface.  Roll out the dough into a rectangle, keeping the dough as thin as possible.  Fold the dough lengthwise in thirds (the way you would fold a letter to place inside an envelope) to create a long, thin piece of dough.  Roll dough out more to be as wide as an apple slice is long.  Repeat with remaining 3 pieces of dough, and space evenly on baking sheet.

Dust the tops of dough with cinnamon.  Set aside.

Peel and slice apples to about 2mm thick.  Place slices on top of each piece of dough, overlapping slices.  Use 2 tsp of coconut oil to brush over top of apple slices.

Place in the oven and bake for approximately 15 minutes, until dough is lightly browned underneath.  Remove from pan and place on cooling rack.  Allow to cool completely before icing.

In a small saucepan, combine 1 tsp of coconut oil oil, peanut butter and maple syrup and stir to combine over low heat.  Pour icing mixture into piping bag (or into a sturdy plastic sandwich bag, then make a small cut off one corner to pipe out icing).  Pipe out icing onto beavertails and serve.